Surprise! It’s pop quiz time. And for THIS titanic test of knowledge, it’s your humble co-hosts in the hot-seat! On the Third Men Podcast we’ve played host to several game show-style challenges featuring Jack White fans from coast-to-coast competing for TMR trivia supremacy – but never before have the tables been turned on the hosts themselves. See, James told Paul that this episode was going to be a deep dive into an as-yet-unspecified blind blues musician, and Paul thought he was in for a somber evening of quiet contemplation and heavy drinking. Then, like three bolts of lightning emanating from the Third Man Records tower, out sprang a surprise POP QUIZ featuring “name that tune” style music snippets, album track listing memory games and a slew of tremendous trivia that turned everything on its head! (except the heavy drinking part, that remained) Not to be out-done, Third Man Josh Akin created an interactive Jeopardy-style game for both co-hosts to compete in, as well as YOU the listener at home!  To play along with the game, visit jeopardy.thirdmenpodcast.com and try your luck against two guys who host a Jack White history podcast! It may be easier than you think! 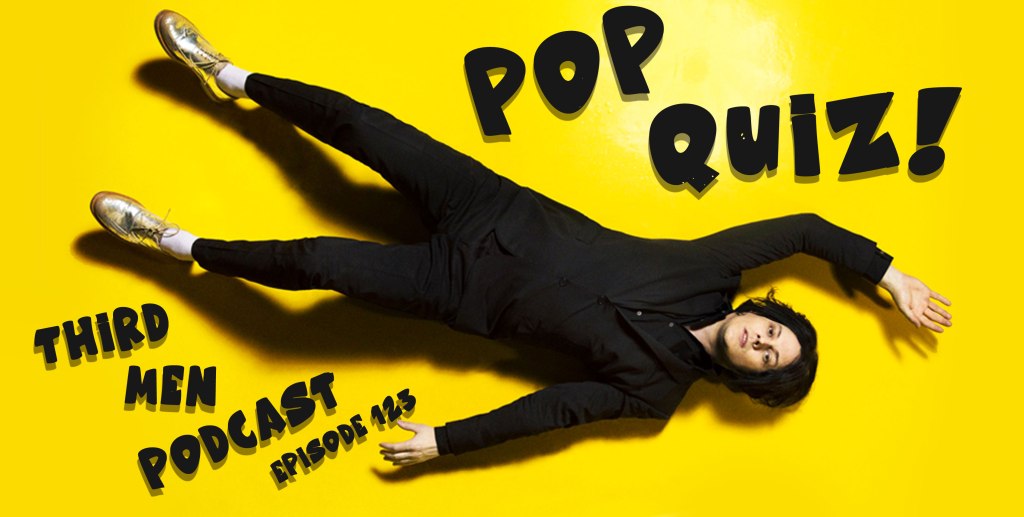